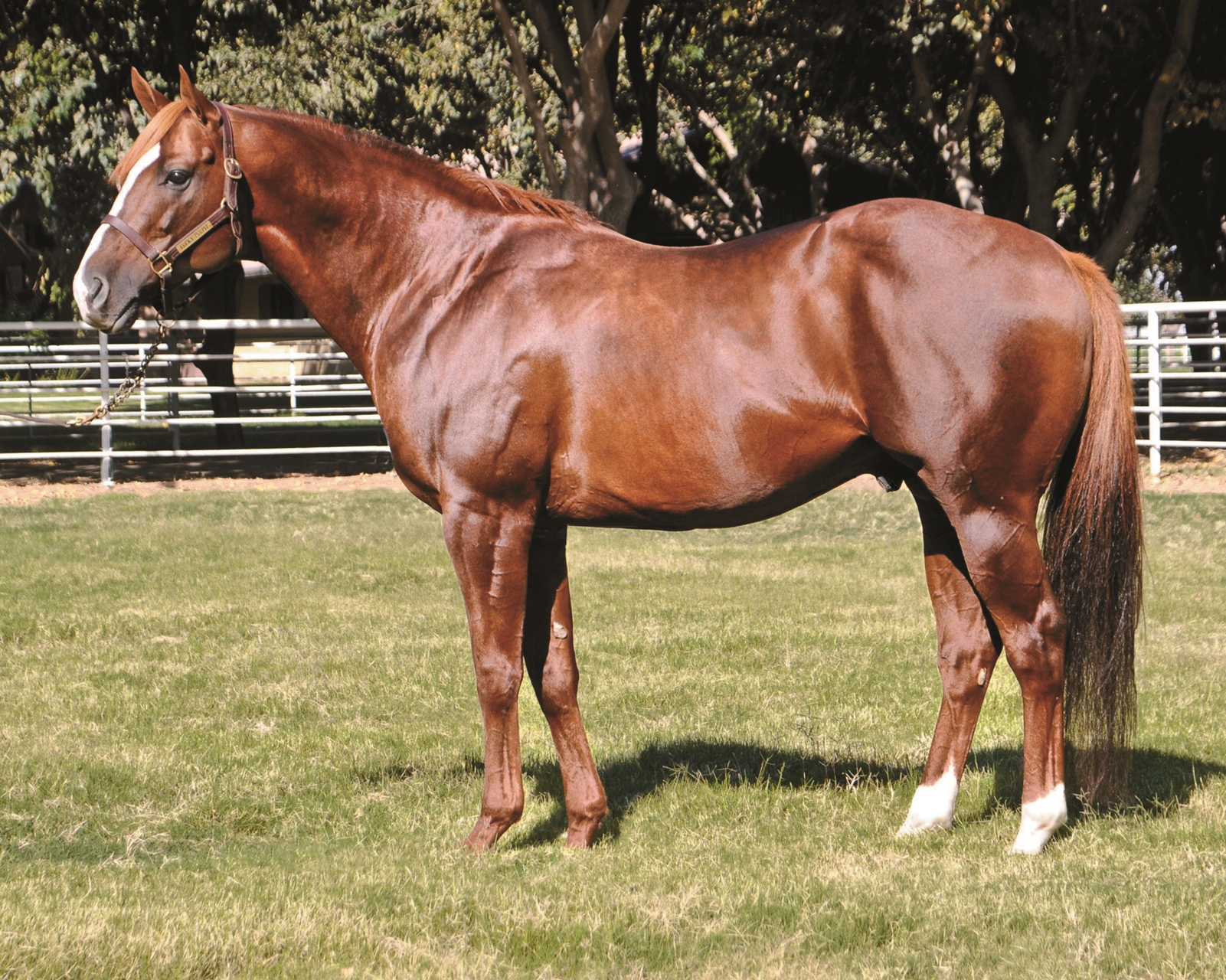 
Having the large heart gene on both her x chromosomes meant she gave it to all her progeny. Pocahontas, died at the advanced age of 34, and produced babies for 20 years.

Her stallion sons: Stockwell, King Tom and Rataplan are found in most Thoroughbred pedigrees in multiples. This single mare has probably had more influence on the Thoroughbred breed than any other single horse since the Spanker Mare. The team that worked on this research took heart measurements, and were able to connect specific sizes to certain bloodlines.


From this they have determined thus far that there are four main conduits of the large heart gene in the modern Thoroughbred- all premier broodmare sires who gave their heart gene to their daughters only. The large heart is also found in the Standardbred and the Quarter Horses- America's other racehorse breeds.

Sport horses and any other breed that has Thoroughbred may also carry this trait, and if your horse has unusual stamina, longevity and vitality, this is a strong indication that it may carry the large heart. The four major modern carriers: Princequillo- found to transmit the very largest heart of them all, this is the heart Secretariat was running on. He received it from his dam: Somethingroyal, a daughter of Princequillo.

War Admiral- the second largest variation of this gene, this comes to War Admiral from his dam: Brush Up, a daughter of Sweep. The great champion Seattle Slew ran on this heart and this same heart was found in the champion Whirlaway who received it from another daughter of Sweep. Blue Larkspur- almost as big as the War Admiral heart, the great Roberto conquered the Europeans with this heart. Since the original studies, other research has identified additional avenues to the large heart besides Pocahontas, who still remains the principle source. One of these is the stallion Sterling who goes back to Everlasting also.

The broodmare of the century: La Troienne Teddy daughter- which makes Teddy a carrier also has multiple lines to Eclipse and Everlasting, some through Pocahontas and some through Sterling.

La Troienne 7 generation pedigree. Heart size is not a guarantee of a champion, but it sure helps. Haun said, "Heart size will not help a racehorse be a champion if he is unsound, has bad conformation, is not interested in running, is poorly trained or any number of factors that can impact the success or failure of a racehorse.

The same applies to our sport horses, if we are fortunate enough to have the large heart gene in our horses, it is not a guarantee of their success in sport- but it is a nice edge. To this day Pocahontas has a profound effect on pedigrees. For instance the Fair Play-Rock Sand nick owes much of its genetic power to the seven lines of Pocahontas it contains. Back to the Mare. This article was first published in on one of my earlier websites: Sport Horse America. Since then it has been re-written in for this site, revised in , and in added a few things.

But now because of the tremendous controversy about this "gene" or "trait" I have edited the text and think we should talk about this a bit. Her body of work stands today as her monument, and we in the equine community are much richer for all she contributed to our knowledge of sporting traits. Many years after her books came out some were saying that she was wrong, that there is no 'large heart gene' and that her work was too simplistic.

This is to be expected, it is always for others that come after the ground breakers to enlarge the path, and clear the debris and branch out. For those of you who have chanced on these blogs and become discouraged, realize the work they did was excellent, there is a large heart that travels down the genetic trail through specific ancestors in a sex-linked manner, whether there is one gene or many or several other factors involved.

Here is a well written piece by pedigree expert Anne Peters that suggests all should just throw Marianna's work into the trash can. I can understand her frustration, but cannot agree with her dismissal of this work.

If you go back the article you will see I quote Marianna saying this trait will not guarantee a successful racehorse and that many other factors come into play. Yet Anne must have missed that point, for she criticized saying that was the message. I also like to test my work, but am limited in this by many factors, as I am sure Marianna was.

The fact is hundreds of horses were indeed tested and measured for this trait, done in a responsible and approved way at universities, which really does establish the trait is proven. It just upsets me a little to have her work which was done in tandem with many reputable scientists, veterinarians and universities, be kicked to the curb with such put downs.

So now the cry is it is a fraud, or a myth. How the heck can we learn anything with such closed and fearful minds? It is there, they measured it over and over, it travels in a sex-linked manner, and certain bloodlines are proven carriers of it. Back in Dr. Stewart and Dr.


Steel published a paper that outlined that the heart size is determined by the female, not the male and that it travels in a sex-linked manner. That science has not discovered how this occurs is par for the course.

Science is a work in progress, so its not on the x-chromosome you say, well explain how it is there then. And there may very well be some other genetic path as well, that has not been discovered yet. We know his factor exists Marianna wrote her books in the late s, and at that time the equine genome had not been mapped completely. She was operating under the traditions we all were at that time, and had been taught like the rest of us, that the early pre-TB studs were populated with Arabian mares, called Royal Mares. And it followed then when she traced the large heart gene back through the ages and ended up with Hautboy and his Royal Mare dam, and so she assumed his dam was an Arabian mare, and then of course that the large heart gene came from that desert breed.

That was the one thing that stood out about him from an early age. He really covered a lot of ground when he walked and that was a big plus for us. Pletcher recalls that he was determined to secure the dark bay colt, who impressed him with the way he moved and reminded him that he had just missed out on buying his sire, the international champion juvenile Johannesburg. Mr Scatuorchio and our team talked about it and we just decided we were going to do the best we could to buy him. So, with Scat Daddy being a son of Johannesburg, we liked him a lot.

Thankfully, it worked out. So, sometime in the middle of December I asked him if any of the yearlings were impressing him. Are you sure? Stonestreet Stables' flying filly will be back to defend her King's Stand Stakes crown and is bidding to make it three Royal Ascot victories in successive years. Last year's Norfolk Stakes winner is among the market leaders for the Commonwealth Cup after putting clear water between himself and his rivals in the Lacken Stakes last month.

Looking back, Pletcher emphasises how much he prizes his association with Scat Daddy and how much was lost to breeders and the entire sport of racing when the horse died. He got colts, he got fillies, he got turf, he got dirt.

He got sprinters, he got Belmont winner — he was literally capable of getting every type of good horse that you could hope for, from one like [King's Stand Stakes and Prix Morny winner] Lady Aurelia to one like Justify. His sire record is outstanding in all respects, with black-type winners, or nine per cent black-type winners from foals of racing age, and two-year-olds in his last crop ready to add to his ledger. We were very impressed from the moment his first foals hit the ground, as they mirrored his traits of being imposing, stand-out physicals with outstanding walks.

Still, it is impossible to escape imagining what might have been had Scat Daddy lived a longer life.